«A Psychosomatic Psychic Requiem: Prelude» is the first part of a performative musical requiem which follows a dying oracle of Delphi in her last hours. Visions of the past and future  are mixed together with the fear of non-existence and the frailty of the human flesh in contrast to the divinity of her prophetic calling

In the first part, the prelude, we are encountering the plague which is devouring the body of the oracle. The plague is personified as a woman with a rake, which is the traditional image of the black plague immortalized by the Norwegian artist Theodor Kittelsen in the 1800-hundreds.

The movie takes place on paintings which is digitally composed into the film by green screen technology. The movie is set to a self-composed score and lyrics, and the artist is playing the double role as the oracle and the plague herself. 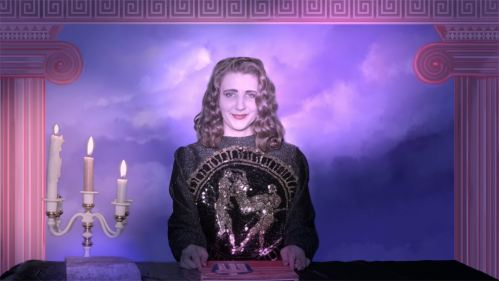 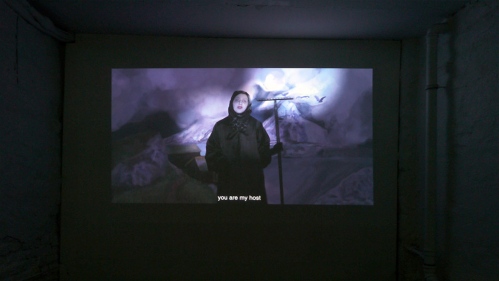 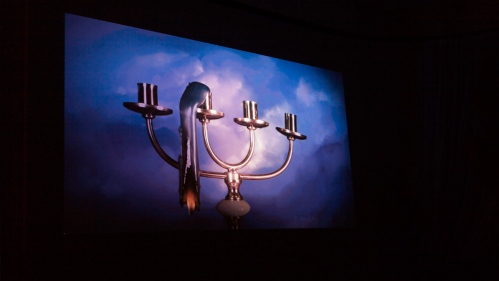