exhibition and performance with Aksel Kielland

"Mystery No Solve" was a collaboration between Aksel Kielland and Marthe A Andersen. The remains of a murder litter the floor of the gallery, and the two detectives tries to tie the clues together with the help of  two performative rituals.

Performance: In "Oracle of Delphi" I tried to channel the god Apollon through a personal computer. Together with pre-made digital video cards from my personal collection, I explored the relationship between our times prophets: the commercial sibyl who reads our destinies,  the detective who reads the objective truth and their antique counterpart; The oracle of Delphi

"European civilization was built upon the Greek mystery cults of antiquity.
And yet, while Western civilization idolizes its Hellenic origin, our paradigm is one where the Mystery is something to be solved. The central figure of our time is the Detective who in his several aspects – the therapist, the critic, the scientist – identifies his labor as a dismantling of the Mystery. Where once the Mystery was a technology for the dissemination of Knowledge, today it is something to be plucked apart and pilfered for analysis and petty facts.

Thus, we present to you artifacts, sacraments, ritual – Mystery.
The crime scene becomes ritual space.
The murder becomes riddle.
The Detective becomes both artist and critic.
The audience becomes initiate." 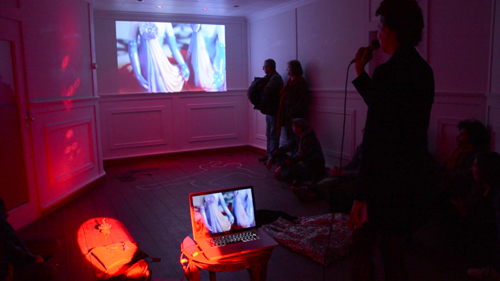 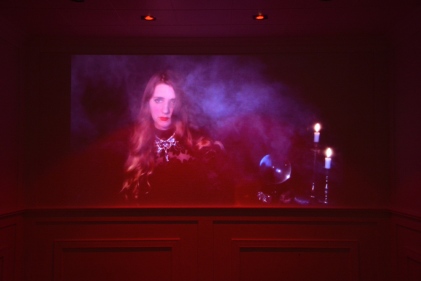 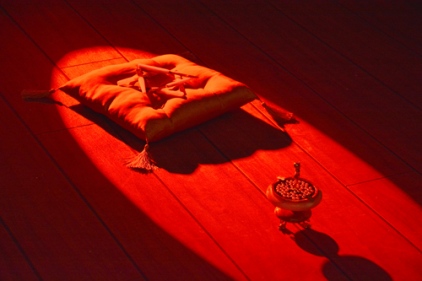 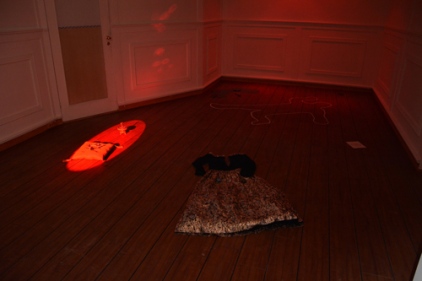